This is a sudden urge pulling me to write. 2011 has been giving me so much of realization from depression, risen up and so many to be calling.

If there has to count the most regrettable thing I have ever done, there must really goes to the rebellious period of mine, which is years ago, which I wanted to offset with time the most.

This semester break is the longest one throughout the year I suppose, after I'm done from my shopping I got back to hometown for break. It's been so long I never visited long after all. So this is. Done some outings with friends as well, some are like annually.

So I'm actually writing a long confession which will only cover up the most regrettable thing thus far. The urge to write happens along what I have observed after several times meeting friends, as well as their parents. I swear this is much relevant.

To be frank, I wasn't realized what rebellious stuffs I have done for the past few years when I hit the realization as I met few parents in my hometown. I was like waking up from the eternal rest, wondering who was the one slammed on my face, in fact that's grateful.

Years before, you know la how lala was I. Attempted to be a hipster by self-thinking-really-awesome outfits and fashion sense. I was like giving the whole world a great impression I thought myself is so fashion and advocate a saying as "we like to doll up doesn't mean we are really rebel" OMG wtf would I think so. We seemed more like evils and monsters wtf. 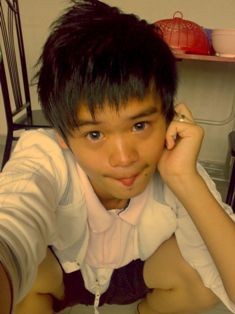 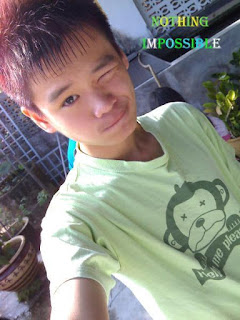 omg you see I looked this who the fuck will really like their children to blend in with me - no one.

Perhaps you think I'm exaggerating the reason which contributed parents to dislike me, you're so wrong. Watch up the next.

We used to ride motor traveling the whole Perlis for about two years you know? Riding on purpose like going to tuition classes or school is really mainstream like nothing can be talked on. Things went the other way round, we lepak in the taman, skipped tuition classes and school just to hang around. Just like what mat rempit and minah rempit do.

There's no reason parents of friends would like us.

When things came to such stage we claimed for the fairness. We said we did nothing wrong, in fact things were contrarily. We whined non stop, barely knew to complain and be hatred to their parents. But I must to say some are not to me even now, the depth of my hatefulness can be just like burying them into a coffin, which I feel that is needless to mention out here. Let bygone be bygone.

We are all grown. That is now when I only realized how rebel were us for putting parents on rant. By the passing of time wouldn't have cured how much on the impression that already implanted in their minds. We wouldn't have second chance to remedy any defects that besought. All what I want is only a gyration which all the things can be started afresh with no messes. Things sometimes are not desired, well there's also nothing else can do. No matter how much efforts been putting on like studying hard to distinction.

Just let it be.

I apologies for all the mistake done. For 2011 is a year of realization takes place; 2012 will turn into a new leaf.